Skip to content
You are here:Home-News-SKEO-Skip the Ski Lesson — New Tech Could Make You a Better Skier

A new class of app-paired gadgets aims to put ski instructors out of work.

There’s a concept in skiing called the intermediate rut, or plateau, depending on your geologic analogy preferences. It describes the tendency for skiers to achieve a moderate degree of ability but excel no further. Most mountain gurus will tell you, simply, that the only way out (or down) is to spend more time on the slopes and to get lessons, ideally private, with a good instructor. That was true, the technocrats will say, but not anymore.

Now the gadgets can save us from getting stranded in intermediacy. Smartphone apps for the slopes aren’t new, but many don’t do more than track how much distance and elevation you cover and how fast you do it and where your friends are. On the flip side are devices like this exoskeleton that predicts your turns and compensates the forces on your body, so your muscles don’t take the brunt. Both could potentially change your mountain experience, but neither claims to help you get better.

Somewhere between the two is an emerging category of connected gear that does. Like the heart rate monitor-equipped watches that runners wear, they use biometric and spatial data to reveal what the body is doing relative to the slope and suggest beneficial adjustments with the explicit goal of improvement.

One such device is a pair of ski boots called the Hawx Ultra Connected that Atomic debuted last year. Developed with biomechanics experts from Salzburg University and paired with an app, the boots contain sensors that measure balance, pressure, angle, number of turns and G-forces, plus standards like speed, distance and elevation, among others. After completing a run, the app can create a visualization of your turns, revealing where you might need to adjust your stance or put more pressure on your outside ski — the types of small inefficiencies that an instructor might call out.

A newer product called Skeo also uses sensors (delightfully named Snowcookies), one placed on each ski and one worn on the body. Like Atomic’s, they monitor skier position and edge angle, as well as speed, turns, mileage and more. The system also has readouts for intensity, style, stamina and “turn IQ” — and displays all of these metrics in a smartphone app. 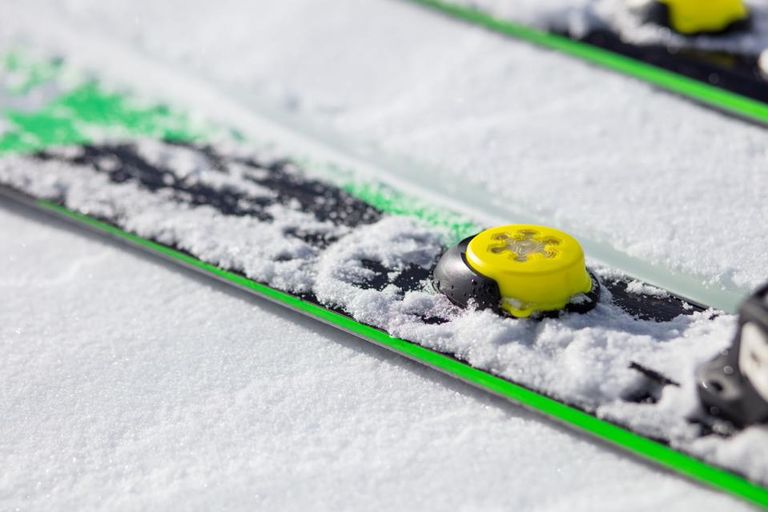 Skeo’s system integrates a competitive element, developed with six-time Olympic medalist Bode Miller, called Universal Alpine Ranking. The system scores various skills from one to 100 and charts improvements while giving you a sense of how you match up to other skiers. There are also “quests” to complete that test your strongest capabilities and challenge areas needing improvement.

The Skeo app is free, but the Snowcookie sensors, which are necessary for full feedback, cost $449. Atomic’s Hawx Ultra Connected isn’t available yet, but its unwired Hawx Ultra boot line ranges from $500 to $800, and the additional tech won’t likely be cheaper. If this new type of ski gadgetry works, though, it just might be worth it. After all, private ski lessons can cost more than $100 a day.