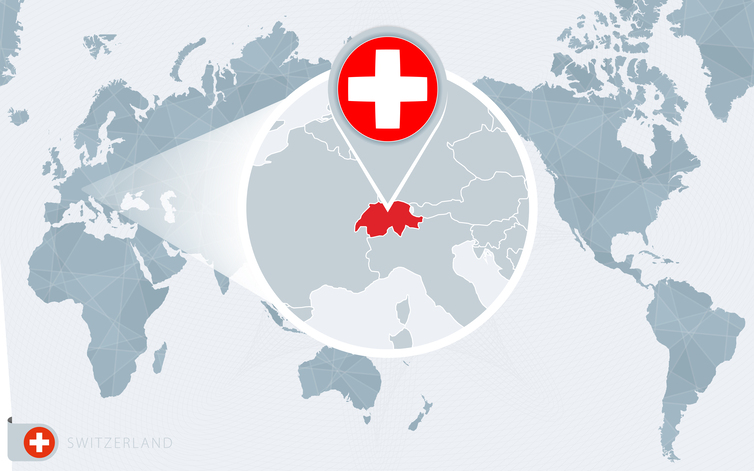 Previous Next
INVESTIERE – “I’m bullish about the Swiss startup ecosystem”

Lucian Wagner has two decades of experience as a startup investor. Together with Jacqueline Ruedin Rüsch, he runs Privilège Ventures, a seed and early-stage venture capital firm active in Switzerland and Europe. In this interview, they share the story of how they came to invest in startups and what fascinates them about the Swiss startup ecosystem. 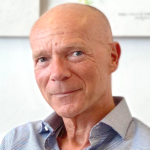 Lucian Wagner is a board member of several startups, including Attolight (one of investiere’s portfolio companies). Lucian studied Economics at Georgetown University and has an MBA from INSEAD. 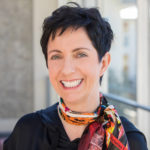 Jacqueline Ruedin Rüsch founded Privilège Management, her independent asset management company in 2011. Jacqueline has a background in banking and studied Economics at the University of Pavia.

Lucian, you have a background in the semiconductor industry. When did you think about venture capital for the first time?
Lucian: I remember that in 1981 when I was a teaching assistant at EPFL, I read an article about the topic and was immediately fascinated. But then I went to work in the semiconductor industry, first in the US and then in Asia, and later founded a software company that was financed with VC money and was sold in 2001. Shortly thereafter, I created the investment company EuroUS Ventures. It still exists today, as my private investment vehicle. I’ve been investing in Switzerland since 2005. The financial crisis of 2008 scuttled my plans for raising a big fund to invest in the US, so I became more active here.

What has changed in the past decade?
Lucian: It’s incredible how much has happened in 10, 15 years. When I started it was a desert. There weren’t any accelerators or incubators and there wasn’t much help to start a company. Now there is almost too much help! The ecosystem has matured a lot. The ZKB Pionier program, which started in 2005 was instrumental to this, as was investiere, which is a vital ingredient of the startup space in Switzerland today. Then there are quite a few law firms that have developed a really good understanding of venture capital, which is also very important. If you chose the wrong lawyer, one without experience in the field, this can be a total disaster. If you’re a founder that signs a 2x participating liquidation preference in a financing round, you’ll regret that when it comes to an exit. Fundraising has become a lot easier.

What is still lacking?
Lucian: When it comes to fundraising, I think there is enough competition to raise both a seed round and later if you’re successful, growth capital in a Series B. In the Series A, where a few millions are raised, there still aren’t enough good funds in Switzerland. When I think back a decade, repeat entrepreneurs were also missing, but now they have become more numerous, also as investors in other startups. Now when it comes to the risk-taking attitude, I often hear that we should become more like Israel, but this will never happen. We should build on the strengths we have.

Which are…?
Lucian: The beauty of Switzerland is that it attracts a lot of foreign talent. As the US tightens the screws on immigration, Switzerland should be clever and let more global talent in, which will gladly come to EPFL and ETH. Israel, in contrast, will never be able to attract talent on such a global scale, given its geopolitical constraints. We should recognize that we need to be open to immigration as it will create economic opportunities.

How has the COVID-19 crisis affected what you do?
Lucian: We did two portfolio reviews and the pleasant surprise was that only two startups were in trouble, but for reasons that had nothing to do with the virus. Luckily two other startups in the travel sector did their fundraising before the virus broke out. For many startups, the crisis was a boost because it accelerated the digitization.

Jacqueline: On the investor side, there was a lot of insecurity when the public markets tanked. Those who weren’t used to invest in private companies would obviously not make the first step in this environment and postponed their decision. Since then, they’ve more than recovered their losses. The stock market is exuberant. We are now in a context where there is too much liquidity around, interest rates are negative and equities is the only thing most people know, so as a result, the valuations have become very high again. During this crisis, we have been very close not only to our founders but to our investors increasing their confidence in this asset class and fostering their understanding that adding venture capital to their portfolio can actually turn out to be the best choice in the long run.

Jacqueline, how did you become a startup investor?
Jacqueline:  I worked in private banking and asset management before I founded my own wealth management firm in 2011. Naturally, one of the most important questions is what kind of investments you want to propose to your clients. Many of my clients have made their money as entrepreneurs or are second-generation family entrepreneurs. If you talk to them about options strategies or structured products, they will certainly listen to you but in general, they will not fully understand what you are talking about. But if you speak about the real economy, about investing money into a new company, most of them will become really interested and want to know more about it. There is, of course, a lot of education involved, because investing in startups has its specificities. I started to invest in 2014 – since then I got passionate and I truly believe in this asset class as a good diversification for a portfolio with the potential for a great return – only if you have the patience to wait – no one builds a company overnight!

Is the discourse different if you talk to a family office or other independent asset managers?
Jacqueline: Qualified investors, in general, have a better understanding of this asset class but I have to admit that for a long time they’ve been a bit behind the curve. Often they would say that this type of investment does not fit their clients’ asset allocation but then you would discover that in reality, they had never spoken to their clients about venture capital. The issue here is the lack of confidence which translates in a reluctance to propose this investment. Lately, also because many clients raise questions in the field, things are slowly changing. More and more of them are doing their homework and look at venture capital as a means of diversification and an alternative source of returns.

Are investors reluctant to invest in startups because it is essentially an illiquid asset, one you can’t sell?
Lucian: This crisis was characterized by very fast and violent movements in equity prices. Companies that were doing well saw their stock prices fall by up to 70% in a matter of a few days. Yet again, this has shown that liquidity in a crisis means that you’re able to sell only at unreasonable prices. Now, if you want to be able to sell your investment immediately, you shouldn’t invest in venture capital. As an investor, you need to be clear about the time horizon you have. If you’re doing later-stage investments, it can be shorter than if you invest at the seed stage, where you need a time horizon of 7 to 8 years.

Jacqueline: Generally, the illiquidity of venture capital is why investors are reluctant, but often, this is because it is not explained well and put in the right context of portfolio construction. As Lucian mentioned, during a violent crisis, as we have seen, you couldn’t even sell your triple-A bonds at a reasonable price. While your venture capital portfolio was not affected at all by these short or even medium-term movements.

If someone has a long investment horizon, how attractive is it to invest in Swiss startups?
Lucian: I’m very bullish about the Swiss startup ecosystem. It’s like shooting fish in a barrel. The number of really good deep tech startups to choose from is staggering. Unlike in the US, where things can often be quite chaotic, startups are well run and well structured. What is still missing are more talents in business development, marketing, and sales. This is an important point where the Swiss ecosystem is still weak. And we should learn to pull the plug on weak startups that are going nowhere. The survival rates of startups in Switzerland are too high!

We talked about the challenges of raising money earlier. How can investments in Swiss startups grow substantially in the future?
Jacqueline: When I started, there was almost no asset manager or family office active in venture capital in Switzerland. Since then, awareness about the startup space has improved a lot, and so has the knowledge and the understanding of this asset class. I believe there is still a lot of education to be done with events, conferences, and articles, and certainly, more success stories in the future will definitely help the Swiss ecosystem.

Would you also welcome more female investors in venture capital?
Jacqueline: Definitely, and not because I’m a woman. There aren’t enough women in finance, and in venture capital, the ratio is even worse. There is definitely a lack of female investors in Switzerland, but not only. However, when I look at the founders of startups, I see already more women involved, so it doesn’t look that bad on that side. In general, I would not look at investing in female-only teams, as I believe diversity is actually better. I think it is important to have a well-balanced team in every aspect, be that competences, culture, or gender.